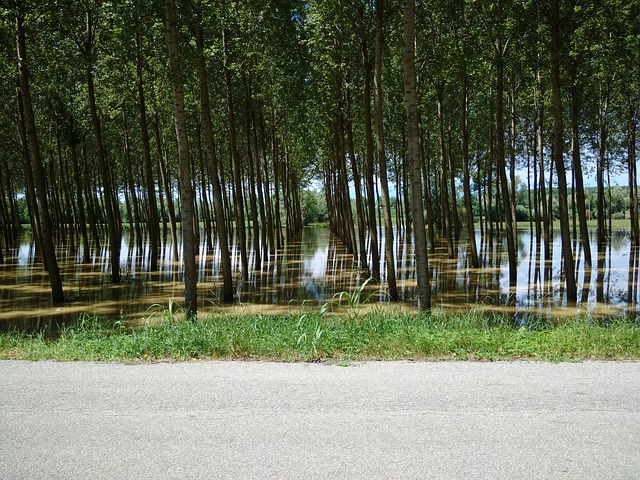 For the past 2-3 days the residents in Chapel Hill have received more than 5 inches of rain. There has been widespread damage from downed power lines and trees, but now that the rains have stopped and the sun has come out, mosquitoes are showing up everywhere, even in areas that aren’t prone to heavy mosquito infestation. Since mosquitoes breed faster within standing water when the temperatures are higher, the conditions in Chapel Hill have created the “perfect storm” for mosquito breeding cycles as the temperatures have started to soar, and with weather predictions showing the temperatures shooting over 90 degrees in the next 3-4 days there will be an increased need to get the mosquito infestation under control.

Prepare now before the temperatures get too high 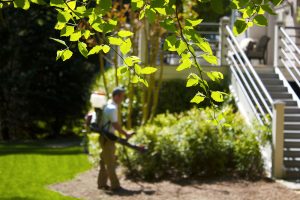 Mosquito control companies such as Mosquito Tek have already started to see an increase in calls for trying to eliminate mosquito populations in the areas where the mosquitoes are typically the worse, but they are also tasked with spraying mosquitoes near homes and businesses that are faced with saturated lawns where it will take extra time for them to dry out since those areas are flat and don’t have enough of an incline to produce a runoff. This increase in mosquito misting service orders is spreading the staff thin as they try to provide prompt service to each and every customer in a timely manner, so it’s suggested that you do some preparations prior to the pest control technicians arriving at your home or company.

You can help kill some of the mosquitoes before the mosquito control experts arrive, but understand that what you obtain at the grocery & home improvement stores in Chapel Hill won’t have the same long lasting effect as what can be accomplished with a professional mosquito elimination treatment. 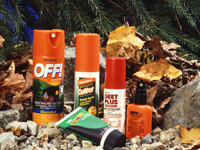 If you don’t have problems with allergies and you’re not highly sensitive to strong chemicals, then what you’ll want to buy is a mosquito repellent spray that has DEET. Although DEET based mosquito repellents are highly effective in killing and repelling  mosquitoes, it is however highly toxic and is known to cause skin irritations, rashes, nausea, dizziness, and headaches if you are exposed to it it for any length of time. If however you prefer to use a repellent that’s safer (but less effective), then it’s suggested you use products that contain picaridin since it’s not as toxic. Mosquito Tek uses industrial strength conventional and organic mosquito control products that are much more effective, but should only be used in the hands of an experienced pest control technician. 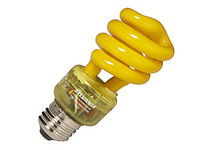 Although good bug lights tend to be very expensive, you can however purchase ultraviolet bug lights for less than $100. Just like how home remedy insect repellents are no substitution for professional mosquito treatments, bug lights won’t eliminate mosquitoes near your home or business, but they will however help reduce their populations.

Mosquitoes are attracted to lights according to their wavelength frequency, so the higher the UV index is for the light, the better the mosquito can see it and is attracted to it. This is why ultraviolet lights are used for killing mosquitoes once they are drawn to that type of light. On the other end of the light spectrum are yellow lights and LED lights that emit next to no UV light whatsoever, and won’t attract mosquitoes. If the exterior of your home is using halogen spotlights or incandescent light bulbs, then you should immediately switch them out for LED’s that will not only generate less heat (another factor that attracts mosquitoes), but will also lower your power bill while it doesn’t attract mosquitoes.

Although ultrasonic mosquito repellents have been sold on Chapel Hill store shelves for many years, their effectiveness is absolutely non-existent (see http://www.mosquito.org/faq#ultrasonic). You would have better luck grabbing a fly swatter and swinging wildly into the air to kill more mosquitoes than you would with an ultrasonic device. Instead, save your hard earned money and put it toward having the mosquito control experts at Mosquito Tek come out and perform an effective mosquito spray treatment that keep your Chapel Hill home or business free from those disease ridden pests!