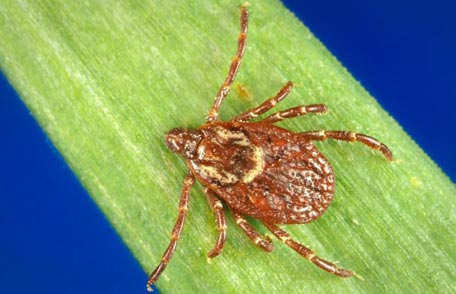 Throughout the 2016-2017 winter season North Carolina has experienced what can be described as one of the warmest winters on record, and with the unseasonably higher temperatures has come an early spring which has not only brought plants into early bloom, but insects such as mosquitoes, fleas and ticks are emerging much earlier in the year than what is normal.

Tick borne diseases are on the rise

The 2017 increase in tick populations will bring with them dangerous illnesses such as Lyme disease and Rocky Mountain Spotted Fever, so more people will be exposed to the probability of being bitten by a tick. While most case of Lyme disease are reported throughout the northern United States, reports of Rocky Mountain Spotted Fever is highest in the southern states with North Carolina high on that list.

What to do if you get a tick on you

If you’re like most people in North Carolina and enjoy spending time during the warmer months in your yard or at the parks, chances are strong you’ll be bitten by a tick. It’s a good plan of action to thoroughly check every part of your body whenever you come in from the outside to see if you have a tick that’s attached itself to you, since if left unnoticed it only takes 36 hours for you to contract a tick borne disease. Here’s how you can remove a tick:

How to lower the chances of getting bitten

Since staying indoors 24 hours a day to avoid coming in contact with ticks is unrealistic, here are some tips to help you lower your chances of getting bitten:

How to lower tick populations around your home

Since ticks prefer to live in areas where it’s dark and moist, keeping your lawn mowed will lower their chances choosing the lawn as their home. It’s also advisable rake up leaves and loose grass that could harbor the types of habitats that are perfect for them. For areas where there are trees, adding a border of wood ships or gravel will create a buffer zone that ticks will not want to cross. While there are various preventative measures you can employ to lower the possibility of having ticks around the area of your home, there is nothing you can do that can measure up to the effectiveness you’ll enjoy from getting tick control treatments from expert exterminators such as Mosquito Tek. Their treatments will not only eliminate the ticks, but you’ll also enjoy the added benefit of having no fleas or mosquitoes.