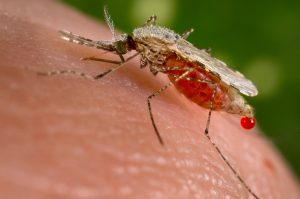 Mosquitoes are known carriers for several different diseases. The diseases can be spread be spread by the mosquito biting someone who is infected and then biting a new victim with a virus or by carrying a parasite. It is important to understand the different diseases that mosquitoes cause so that you can recognize the symptoms and seek medical attention when necessary.

A malaria infection is caused by parasitic protozoan. Usually symptoms appear between ten to fifteen days of being bitten. The symptoms include fatigue, vomiting, headaches and fever. It is important to seek treatment because a reinfection can occur several months later. Additionally, this may be fatal in small children and vulnerable populations. There is not a vaccine for the disease, but the treatments are very effective. It is most prevalent in the sub tropic regions.

The West Nile virus is usually passed between birds, but mosquitoes can pass it onto humans as well. About eighty percent of people who are infected will not have any symptoms of the disease. Common symptoms include a fever, achy body and headache. There is no treatment for the virus, instead the medical professionals will treat to lessen the symptoms. Complications can occur in about 1 out of 150 people who are infected and this can turn into encephalitis.

Chikungunya is a viral infection. The symptoms include a rash, joint pain and a high fever, as well as headache and tiredness. The disease starts with the fever that may last several days. It may be intermittent. The joint pain will usually begin after the fever and be severe enough that you can no longer use that joint comfortably. It can take years for the joints to fully recover. This is found primarily in Africa and southeast Asia though cases have appeared in South America as well sin the United States.

Yellow fever is a virus spread by mosquitoes. Most people develop a mild case which includes the symptoms of fever, headache, back pain and tiredness. Vomiting and nausea may also occur. Generally, symptoms can last up to four days. The second stage happens in about fifteen percent of patients. However, it is estimated that nearly half of those that move onto the second phase of infection die. This phase includes liver damage and signs of it are jaundice and bloody vomit. Most of the cases are in Africa. There is a vaccine for this disease.

Saint Louis Encephalitis occurs primarily in the United States. It generally has mild symptoms including a fever and a headache. However, if the case is severe it can cause neck stiffness, coma, tremor and convulsions. It can be fatal in up to one third of the patients. The likelihood of fatality increases in the elderly.

The best way to prevent all of these illnesses is through effective mosquito control. There are options that can prevent mosquitoes from living on your property. Contact Mosquito Tek to learn more about these options.